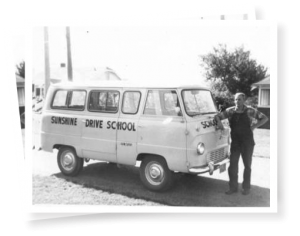 The Chilliwack Society for Community Living has been serving the Chilliwack community and the surrounding areas since 1954.

Since its inception, the Society has endeavored to promote the inclusion of the citizens of Chilliwack who have a developmental disability into the fabric of community life. The Society began because a number of parents had a strong desire to develop resources in the community for their children with special needs. As a result, the Society was formed and registered under the Societies Act of British Columbia in January, 1954 making it one of the first agencies in the province formed for this purpose.

In its formative years, the primary focus was a school for children since the provincial government had no mandate to provide an education for children with special needs. As the first children attending the school became adults, the Society increased its services to include the Occupational Center. In 1962 our Society, in a Federal Pilot Project, opened the Sunshine Drive Hostel. This was the first respite care option to be offered in the province of BC outside of the institutions (Glendale, Woodlands and Tranquille) and was seen as extremely innovative.

Over the years the Society’s programs and services have expanded and now include a wide variety of supports to individuals of all ages who have developmental disabilities.

Growing Into the Future

Back to About Us