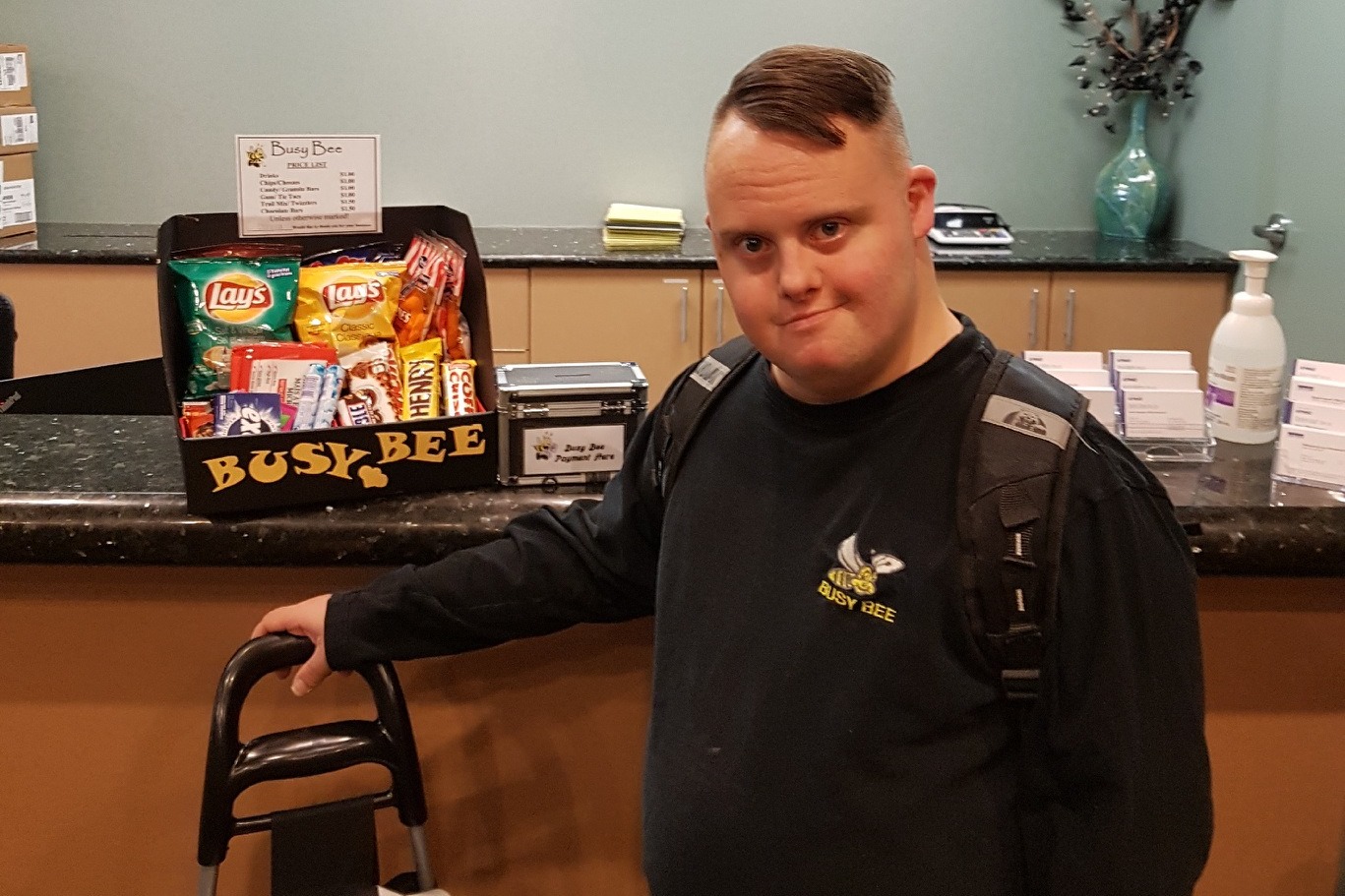 David Godbout is a hard-working success story – a self-employed business owner with a successful micro-enterprise called, “Busy Bee”. David’s interest in enterprise goes back to “Teen Biz”, an unofficial business, back in the day, run by teens in CSCL’s Teen Clubs selling pop and snacks at the CSCL office.
David’s father works as a delivery person for Pepsi and the idea appealed to David.

When David reached adulthood, he wanted to enter the workforce, and so became connected with CSCL’s Supported Employment Services. The goal for Supported Employment is to eventually phase out support and have the worker do their job independently, but it became evident David would need a different model.

This led to the creation of Busy Bees, which David purchased in 2009. David’s business has been modestly successful and his current business base includes 5 locations in the downtown Chilliwack area.
The secrets to David’s success are his attention to detail, his ability to avoid distraction, and above all loving what he does. David enjoys being busy and productive and the sense of accomplishment he gets from his work.

Perhaps the biggest advantage to Busy Bee is the social network it has created for David. David has gotten to know many people in the community through Busy Bee, and his customers have all grown to care about him.

David’s family is quick to point out that the people who get to know David through Busy Bee benefit as much or more than David does from the relationship.

This is true – when we create inclusive spaces in our schools and communities it benefits everyone.
So thank you, David, for helping to make Chilliwack a better place!